by Jenny Fyans,
on 8 March 2019 about RGF | Women Empowerment

It’s happening. International Women’s Day is gaining traction, sparking conversations and generating awareness worldwide about gender equality in all walks of life. So why do I balk at all the ‘’ways to celebrate #IWD” that abound at this time of year?

I guess in some ways, we should have seen it coming. We’ve seen it with Father’s Day and Mother’s Day over the years, and charity initiatives like Movember. What starts off as a well-intentioned means of celebrating something simple, or raising awareness of an important social issue, at some point captures the attention of retailers and brands who see an opportunity to make profit.

The last couple of years has certainly seen this seismic change happen with International Women’s Day. As a woman, I’ve got Nike, Gillette, The Body Shop and possibly every womenswear brand under the sun telling me that if I buy their products, I’ll be a step closer to empowerment. If I buy and wear their t-shirt that says “I define me” (£16 from Warehouse), I’ll be championing women’s rights and pushing forward social change. And maybe there’s some truth in that; maybe by wearing statements like this, it helps us put on a united front and tells potential oppressors that we won’t stand for it...

And brands like this do, at least, attempt to substantiate themselves to the cause by promising that “100% of sales from our I DEFINE ME tees go to Rosa, the only UK-wide fund dedicated to women and girls, helping them to champion women's initiatives and ensure all women have an equal voice,” boasts the Warehouse tee’s product description.

BUT. There remains a huge elephant in the room… What about the women who make the tees?

High street fashion retailers such as Warehouse, as well as online retailers like ASOS, are perpetrators of ‘fast fashion’; the ‘pile it high, sell it cheap’ approach that has become the norm in developed economies. The problem with fast fashion is that, whilst the consumer might benefit from more affordable products and the thrill of new designs each month, the cost is often in the form of environmental damage and exploited workers at some stage along the supply chain. 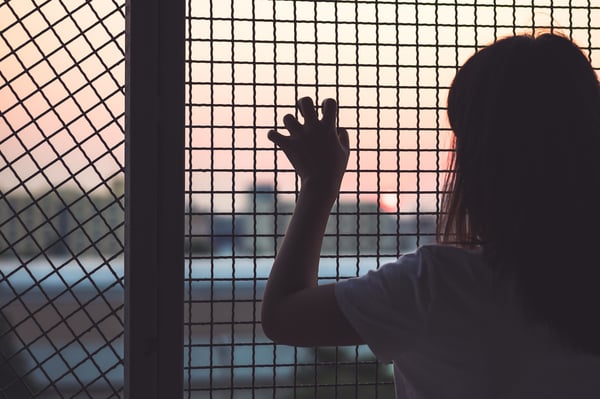 This is why I find the Warehouse t-shirt (and I assure you, that is but one example selected from a range of brands making similar gestures) so objectionable. Until the day that companies like this announce that they will be fully investigating the working conditions of every person involved in their supply chain, and ensuring they are being paid a fair living wage, then their messages about supporting women and promoting women’s causes should be seen through a very grey lens.

Because it’s just not right that 85% of Bangladeshi garment factory workers are women who are exploited by their employers; working long hours in poor conditions for poverty wages and being denied basic maternity rights. And it’s not right that sexual harassment is 'normal' for women working in garment factories in Asia. In the fashion industry alone, you don’t have to look very far before you see the exploitation of women in some form, as plain as the nose on your face and to which far too many people – consumers and industry leaders alike – have turned a blind eye for too long.

And it’s not just the fashion industry that we need to call out gender inequality. Did you know that only 27% of full-time chief executives and senior officials in the UK are women?

That over 150 countries still have at least one actively sexist law – such as “legitimate” rape in India, Cameroon’s law that a husband can prevent his wife from taking a job if he does not approve of it?

Did you know that worldwide, women are twice as likely to be illiterate as men, due to missing out on education completely?

And that only 1 in 4 women in Libya are in paid employment, because society tells them that it’s ‘improper’ to work outside the home? 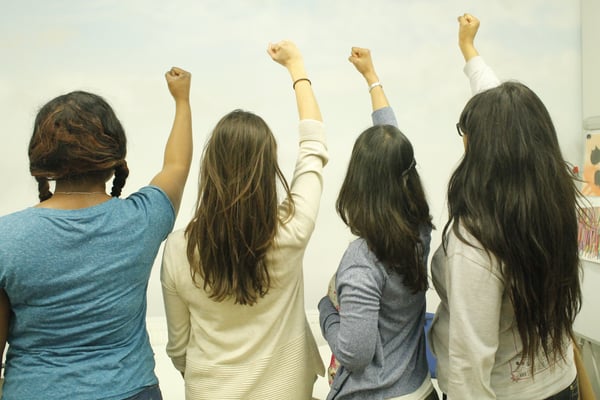 International Women’s Day is undoubtedly a force for good, and it’s fantastic to see it given the airtime it fully deserves, in many countries across the world.

There are no related posts