by Rob Marsh,
on 9 May 2019 about Education Entrepreneurship Empowerment and Equality

The inequalities between men and women in the world of work are becoming clearer. More people are recognising that the gender gap is very real, and that to close it will take hard work, compromise and time. But what does that have to do with Fair Trade?


It takes place on the 2nd Saturday of May each year as an inclusive worldwide festival of events celebrating Fair Trade as a tangible contribution to sustainable development. This year it’s focusing on the theme of innovation across Fair Trade certified products and Enterprises and is using the hashtag #FairTradeInnovates as a signpost.


Fair Trade Day is organised by the WTFO (World Fairtrade Organisation) which is on a mission to “to enable producers to improve their livelihoods and communities through Fair Trade”. Unlike other Fair Trade organisations, which focus on specific product verification (think Fairtrade Coffee or Chocolate for example) the WFTO is focused on Enterprises - especially those within the Southern hemisphere.


Any organisation that carries its stamp of approval has been audited independently to ensure that its business model, supply chain and other aspects of its operations meet the stringent standards of the WTFO. Essentially each of its member organisations must pioneer models which put people and planet first. Those member enterprises are then guided by the 10 principles of Fair Trade which help the overall collective to gain some ground in relation to its Mission. 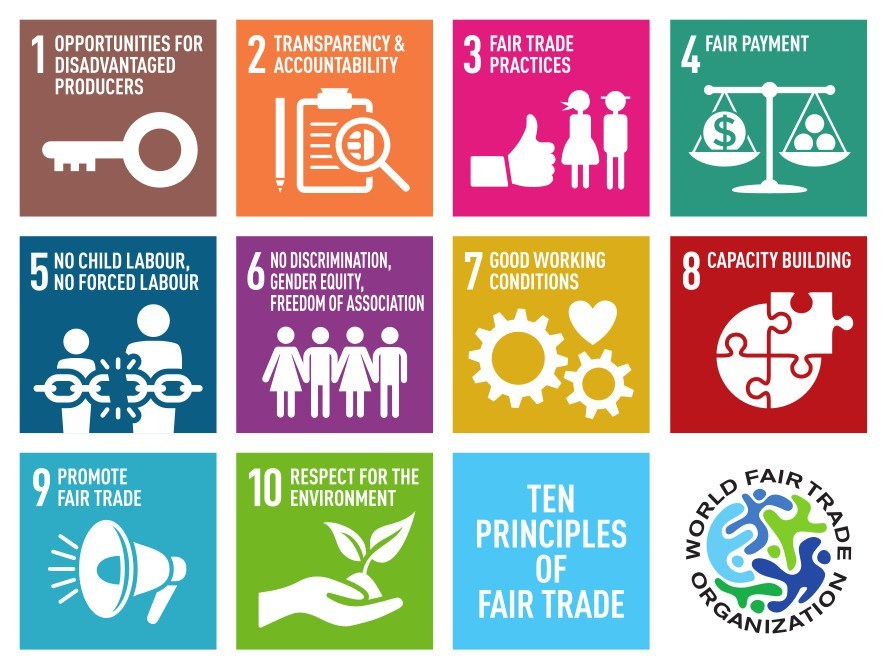 Many of the principles are focussed on creating fairness for the people involved in the production process of a product or a service. Most, if not all, are closely aligned with RG Foundation’s own Mission to make the world a better, fairer, safer and more equal place to work.


The 6th principle focuses on discrimination. It states that any member organisation of the WFTO must not discriminate against any employee in relation to their race, religion, caste, disability, sexual orientation or gender. Importantly, the WFTO lays out specific examples of conduct that member organisations must employ in their treatment of women including; equal pay for equal work, the creation of equal opportunities for men and women and the recognition of full employment rights and benefits for female employees.


When reading more about the WFTO and its focus areas, I became curious about the relationship between fair trade and gender equality. 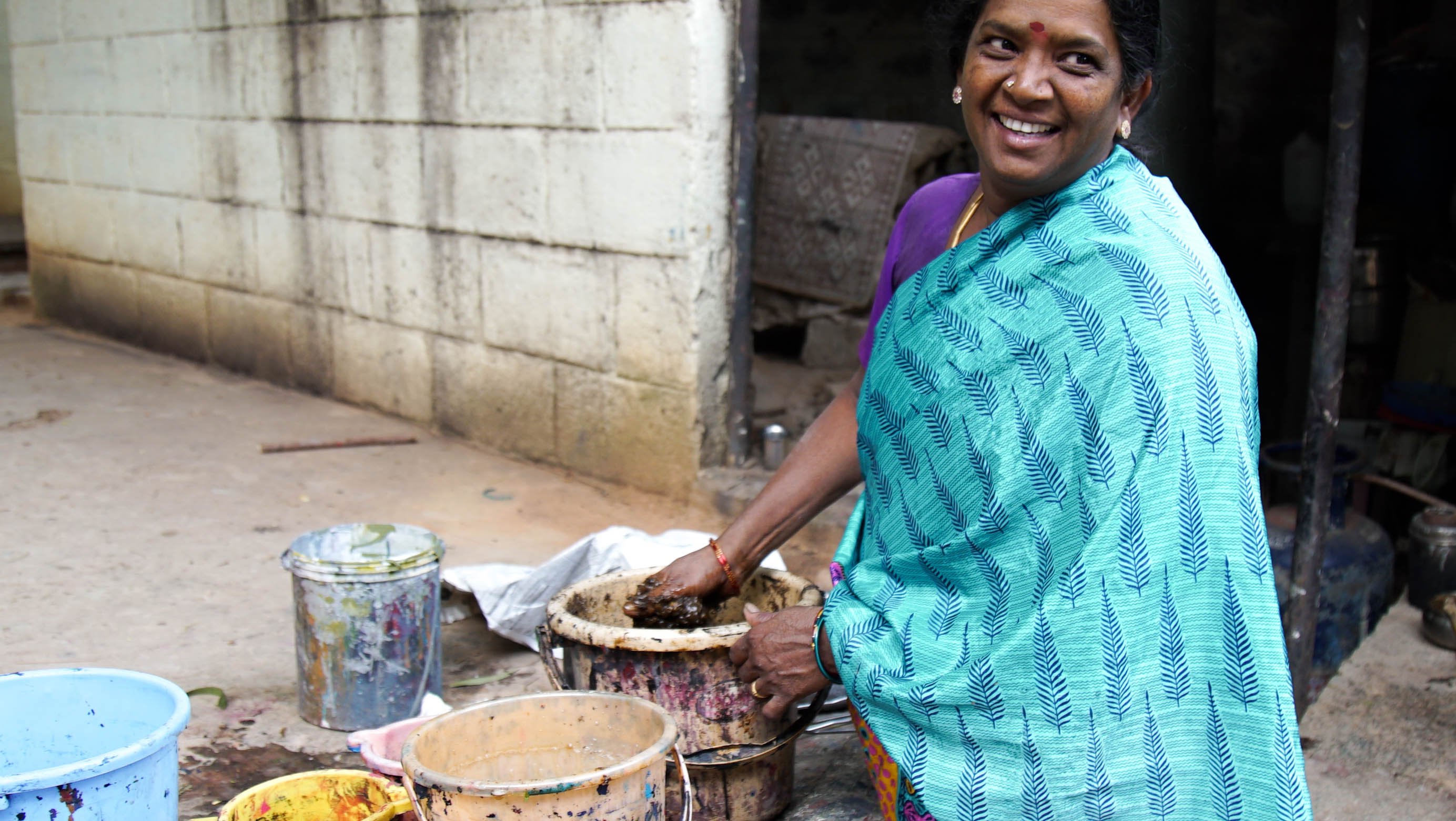 The need for female empowerment


The world of work is incredibly imbalanced with the majority of opportunities, recognition and compensation being awarded to men. According to UN Women, globally women are far less likely to take part in the labour market than men. They also spend 2.5 times more time on unpaid or domestic work than men, are far less likely to have access to financial institutions or a bank account than men, and when they are in work they are likely to be paid less than men for the same jobs.


Whilst some progress has been made, especially with regards to literacy rates of young girls, the sad fact remains that the majority of women and girls, particularly in developing nations, are regarded by their families and wider society as less valuable than men. Women often find themselves working within low paid, labour intensive industries where progression to management is unlikely but abuse, over-work, under-payment and harassment are common.


The impact that this workplace imbalance has is staggering. Globally, women and young girls are overrepresented amongst those people living in poverty, and in nearly two-thirds of all countries, women are more likely than men to report food insecurity. 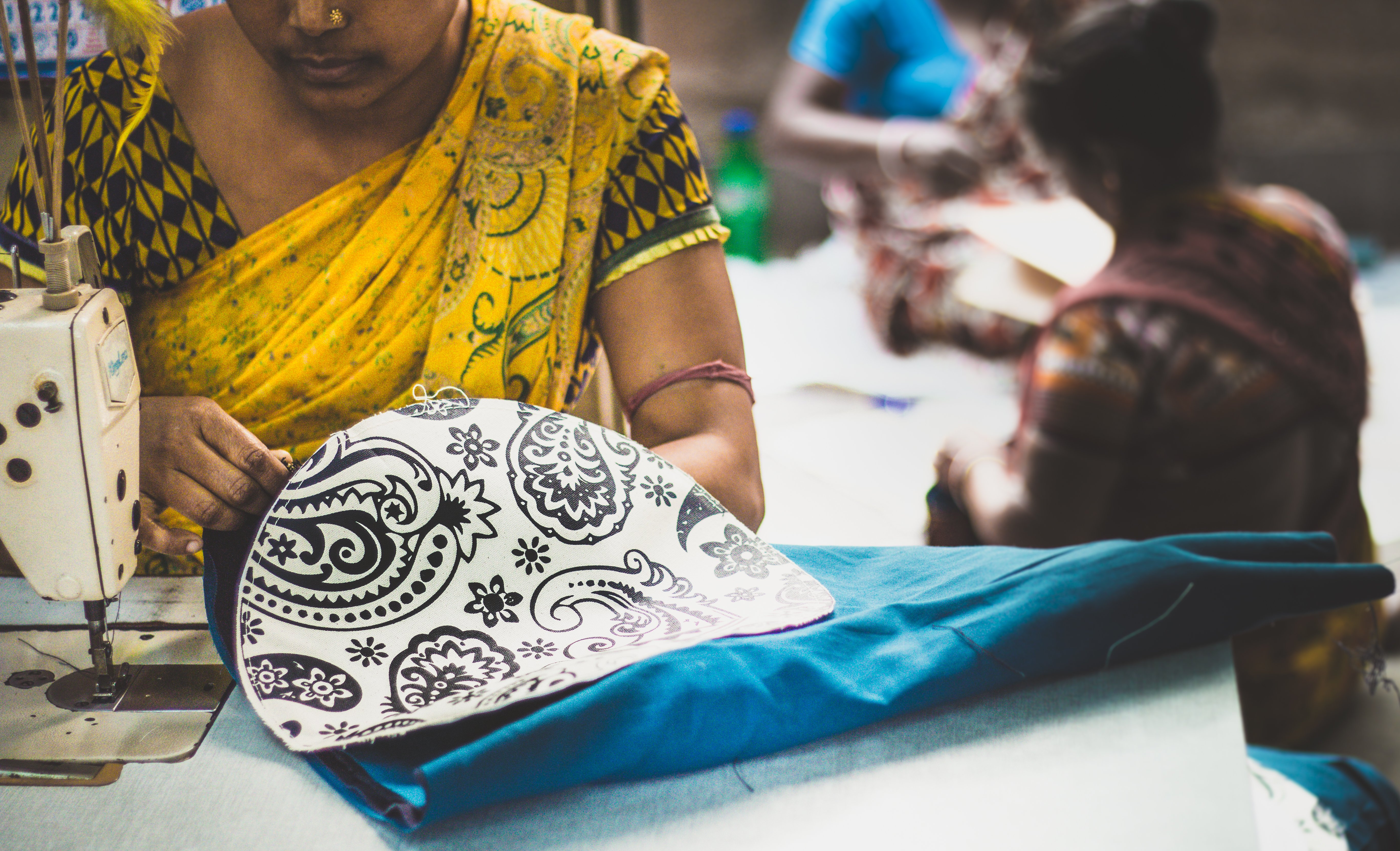 A fairer deal for women


The case for women empowerment is clear. For development to be truly sustainable there must be gender equality. Not only is that true in an ideological sense, it’s also true from an economic standpoint. A McKinsey Global Institute report recently found that $12 trillion could be added to global GDP by 2025 by advancing women’s equality.


Despite the fact that most nations around the world agree to the idea of equality, and understand that equality benefits the greater good, there still exists a global gender gap perpetuated by governments that do not effectively enforce their own equality laws.


Traditional, global supply chains which rely on contracting partnerships based almost entirely on price, can and do allow business owners to exploit both men and women in their employment. Auditing officials turn a blind eye to exploitative practices that feed the global demand for an array of products ranging from clothing to coffee. Many industries with atrocious labour rights reputations are also highly populated by female employees (the garment manufacturing industry for example is roughly 80% made up of women).


Therefore, a conversation about gender equality, and in particular women's working rights, must take into account the trading practices between nations. If trade becomes fairer, then surely the treatment of people within those trading environments will become fairer too.


The WTFO understands this, and in the interest of achieving gender parity at a faster rate than is currently predicted, they’ve created 6 actions that can be followed by individuals and governments alike:


1/ Change the way we bring up children and tackle the problem of stereotypes that have such a strong influence on children.

By creating a narrative that focuses on gender equality at a young age, the WTFO argues that communities can tackle the notion that men are better than women early on. They want parents to encourage boys to take ownership of household chores alongside girls. Teach boys to cook, clean, look after animals and succeed in all of the other tasks which are so often often left to their female siblings.


2/ Increase the number of women in parliaments, in local authorities and in community councils, on company boards.

Only 24 per cent of all national parliamentarians were women as of November 2018, a slow increase from 11.3 per cent in 1995. The WTFO suggests that equality will only be achieved if men and women share 50% of the leadership responsibility in all areas where decisions affecting people's lives are made.


3/ Confront patriarchal social norms and traditional customs which discriminate against women in many countries.

Often cultural customs take precedent over government law and in many instances deny women of their rights to inheritance or property ownership after a husband or a father dies. Whilst approaching changes in traditions are sensitive the WFTO suggests that local Governments need to work closer with NGO’s and trade groups to provide and protect local rights for women.


4/ Deal with the power imbalances in supply chains.

The WFTO believes that a large responsibility for the exploitation of both men and women sits with the business owners who employ them. They argue that through employing more factory/farm inspectors and paying them properly, governments will be able to better enforce their workers rights laws, and business owners will be more likely to comply.


5/ Provide a regulatory framework for the informal economy

A huge proportion of the world’s women work “invisibly” - in informal relationships with no social protection and no voice. The WTFO believes that more work needs to be done at local levels, partnering with NGO’s to identify vulnerable women in informal work.

The final action point from the WTFO is that all businesses and governments across the globe should follow the 10 principles of Fair Trade. They argue that using Fair Trade as a benchmark can result in a happier, more productive workforce and correct imbalances in global supply chains.


The ideology and make-up of Fair Trade is not a magic fix for the world’s imbalances. Nor does it claim to be. Critics of the Fair Trade movement would argue that it will forever remain a marginal activity, dwarfed in comparison by Free Trade, and therefore its overall impact on large-scale, global issues will always be insignificant. But, defenders of the 10 principles will refer to the long list of entrepreneurial anecdotes where real change has been felt. They might also quote the fact that 965,700 livelihoods have been impacted by the work of their members, or that 54% of the senior roles in their member organisations are held by women. 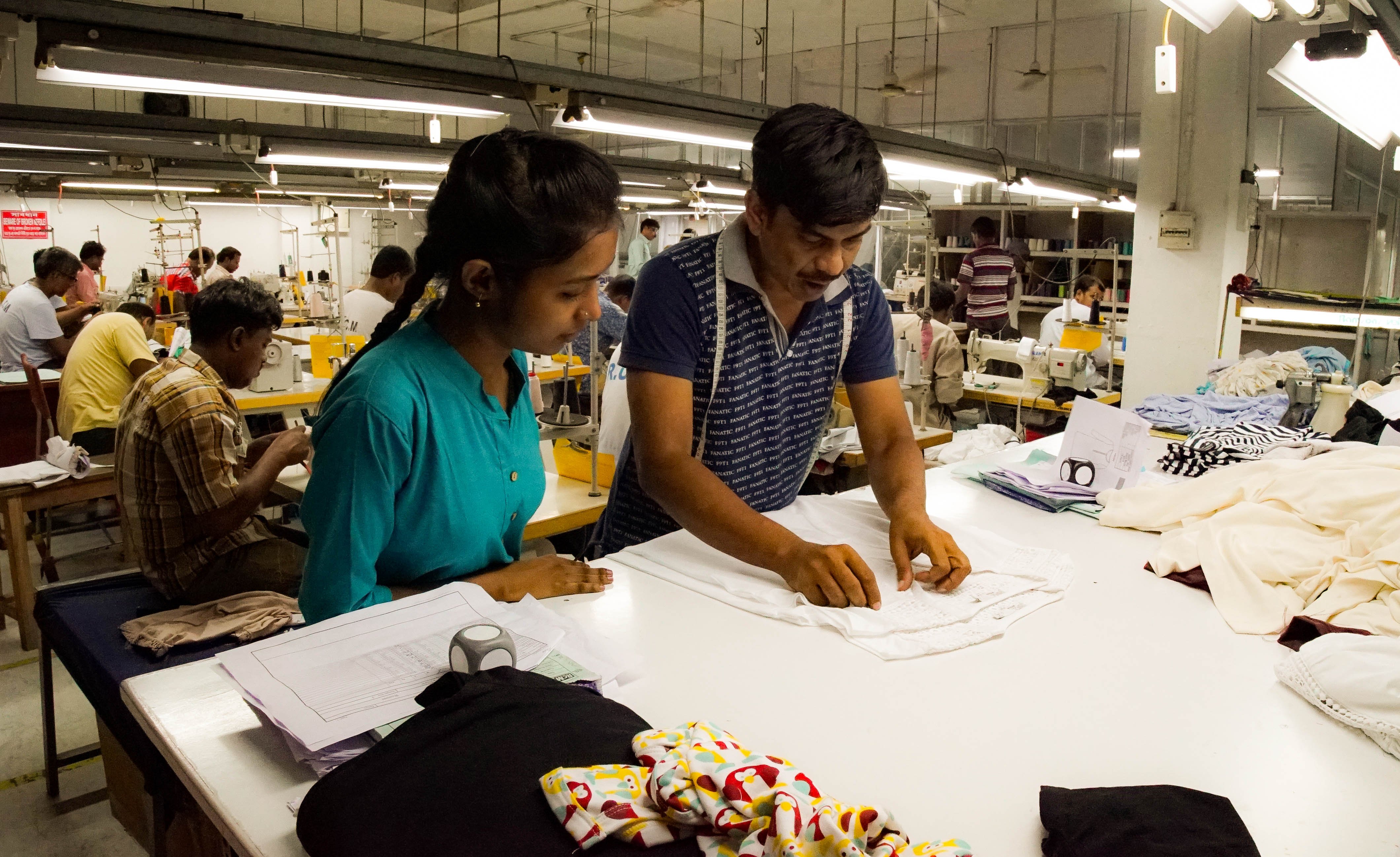 In my own work as Co-Founder of a clothing social enterprise, I’ve seen first hand the impact that WTFO certified enterprise can have on communities.


My partner and I have been fortunate enough to meet and work with a number of small scale, people-focused organisations that make up different parts of our own supply chain. I’ve spoken with women who were previously forced to work in the sex trade, but now work in an environment which treats them fairly, pays them fairly and gives them a voice. Or women who feel that their colleagues and management team are like a second family, one that genuinely cares for their well-being and future.


Personally, I believe that the only way we can make those stories more common place is by shining a light on some of the injustices that exist in the world, and by supporting those businesses that understand and align with the values of Fair Trade and, perhaps more importantly, truly believe in people and planet before profit.


Find out how you can get involved in World Fair Trade Day 2019 here.