As it’s coming to the end of 2020, and Christmas is very literally just round the corner, I wanted to share with you some of the major achievements of the Foundation over the last year. It’s been a busy one, to say the least.

In 2019, RG Foundation welcomed its first applications from organisations aligned with it’s charitable objectives and Mission. Our 6 Trustees are responsible for making sure that the charity operates legally and responsibly, they also make the decisions about where the funding goes at their Trustee Meetings. 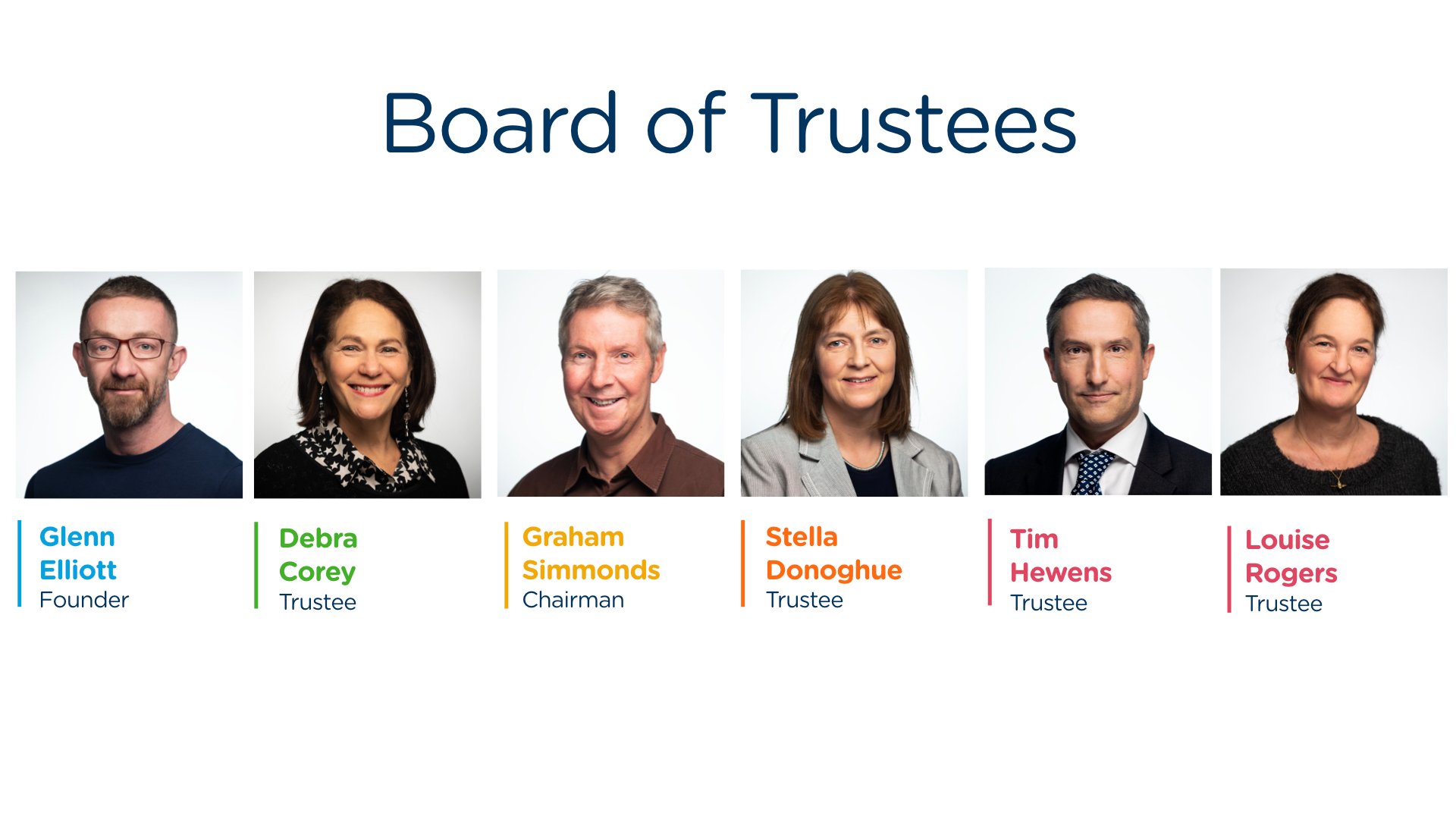 Before each meeting we open an internal nomination window within Reward Gateway, enabling our RG People to put forward charities or projects to receive funding. It’s a lovely way to connect our teams to the Mission on a deeper level, and potentially play a big part in supporting a cause close to them. Once nominated, an organisation fills out an online form which begins the application process.

These are the first cohort of Grantees who, between them, received £326,000 of funding from the RG Foundation in 2019:

The UK’s only recruitment charity for women leaving the criminal justice and care systems. Working Chance provide tailored support to women as they’re released from prison and less than 4% of their candidates go on to re-offend. Alongside the funding, RG staff have taken part in a number of employability workshops designed to help Working Chance candidates build confidence around their disclosures and interview techniques, we've provided them with a platform to connect them with other businesses through RG's Engagement Excellence Summit, and we support Working Chance employees through RG's self-service engagement solution at zero cost.

The world's first platform that crowd-funds training for homeless people and supports them into stable work. Beam provides homeless adults with the key things they need to get into stable, paid work and become self-supporting. Alongside the funding, we've worked with Beam on content which looks at how employers can use recognition and incentives to deliver real social value, and in the New Year we'll be exploring other ways we can collaborate with their amazing team.

A charity dedicated to creating an Australia where Indigenous and non-Indigenous children have the same education standards and opportunities in life. Cathy Freeman Foundation works to the ethos, that ‘Education Changes Lives’ and provides various social mobility programmes to young indigenous people across Australia. In the New Year we'll be exploring other ways that we can partner with and support Cathy Freeman Foundation through employability days with their young people.

A charity striving for a positive change to the lives of the lesbian, gay, bisexual and transgender people in Bulgaria. Amongst other things, GLAS Foundation run the Work It OUT programme - the first business diversity and equality platform for the LGBT+ community in Bulgaria. Alongside the funding, a small team from Reward Gateway visited GLAS in Bulgaria to March alongside them during Pride, we hosted a diversity awareness session for employees at our office in Plovdiv, and collaborated on some video content with GLAS to raise awareness of the Work It OUT programme.

Through their ACE (Aspirations, Careers and Employability) Programme, Making the Leap support unemployed young people who are full of potential but due to their backgrounds lack direction, self-belief and access to employment opportunities. Alongside the funding, we recently held an employability workshop for Making the Leap's young associates at Reward Gateway's London office, and support Making the Leap employees through RG's self-service engagement solution at zero cost.

Only 6% of people in the UK with a learning disability are in paid employment, My AFK hope to break that cycle by providing education, training and supported employment to help young disabled people to negotiate the barriers they face. Alongside the funding, we've attended two employability events for AFK's young people, we also support their employees, through RG's self-service engagement solution at zero cost, and next year we'll be providing a 6-week internship to one of their young people at RG's London office.

Helen Bamber Foundation support refugees and asylum seekers who have experienced extreme human cruelty, such as torture and human trafficking. Their Integration Programme is just one aspect of their work supporting clients to go beyond crisis relief towards long-term recovery. Alongside the funding, we also support Helen Bamber Foundation's employees through RG's self-service engagement solution at zero cost.

The charity arm of the Big Issue Magazine. The Big Issue Foundation supports individuals who have taken the first step towards working themselves out of poverty. Alongside the funding, we've provided a platform for Stephen Robertson to connect with other employers as a keynote speaker at RG's Engagement Excellence Summit and RG employees volunteered at a Big Issue vendor day in London.

A leading British charity that campaigns on and provides services relating to HIV and sexual health. Terrence Higgins Trusts run the “Work Positive” project, a personal and professional development programme aiming to provide unemployed people living with HIV the chance to develop their skills and get back into work.

Part of a national movement in the US, YWCA San Fran & Marin are dedicated to eliminating racism, empowering women, and promoting peace, justice and dignity for all. Their “Fifty Plus” programme offers employment services and support to economically disadvantaged women over the age of 50. 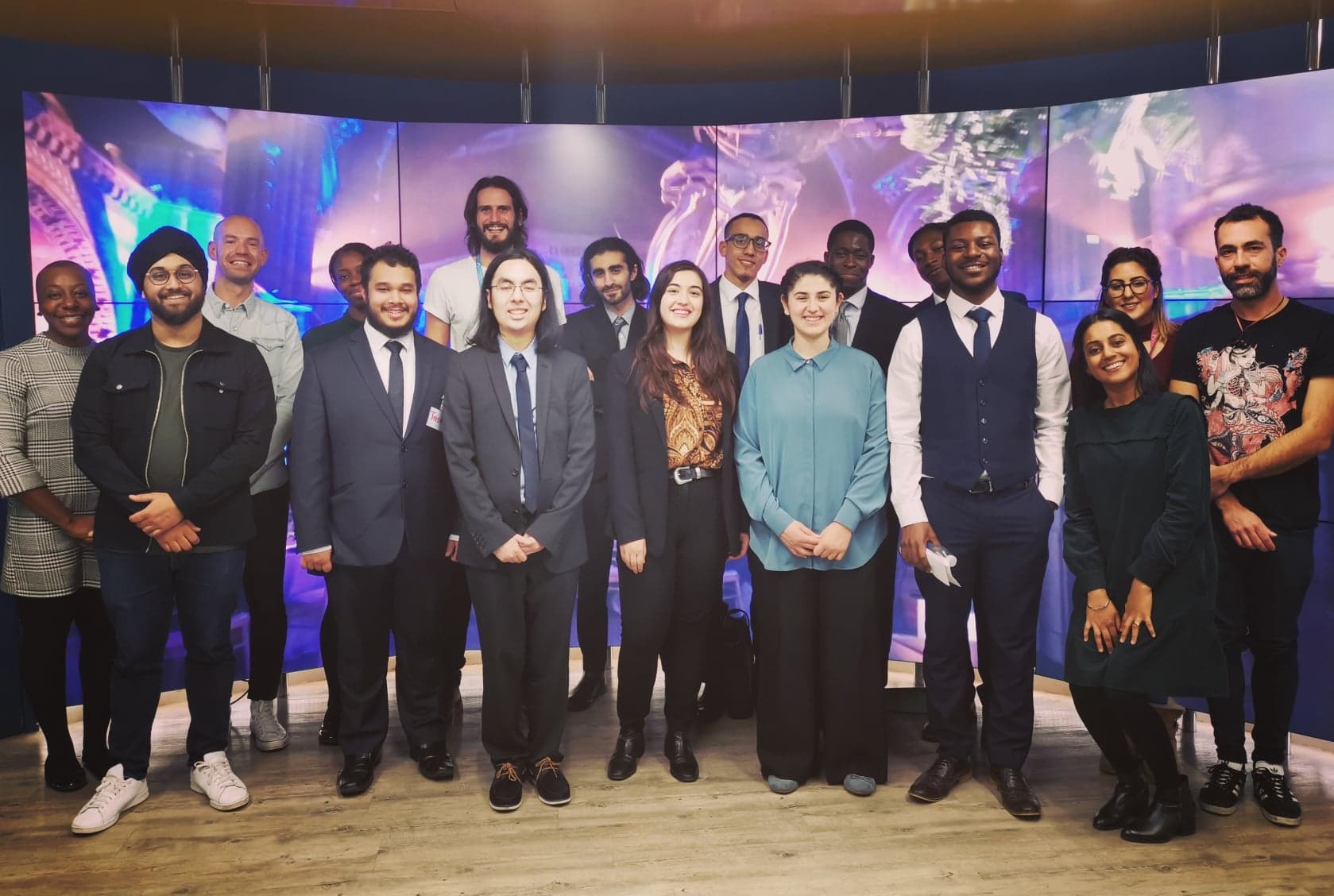 As we head into 2020 it’s a very exciting time for the Foundation. At the start of next year we’ll be opening a new funding window, and in March we’ll be issuing a new round of grants to people doing amazing work related to our Mission, we’ll also be releasing our first Annual Report which will go into the details of how the funding from 2019 was used and the impact its had.

If you made it this far then thank you for sticking with me. The RG Foundation is a very new initiative for us, and we appreciate how fortunate we are to be able to support such an inspirational group of people who truly are making the world a better, fairer, safer and more equal place to work. A huge thank you goes out to all of the organisations and people we’ve worked with over the last year who really do make such a big difference.